Dr Stephen Malone started Embody Health with the intention of creating a practice that would combine the best of traditional chiropractic philosophy with the principles and techniques of functional performance improvement.

Our practice follows the philosophy that adjustments (chiropractic treatments) are most successful when people are treated as a whole human being, not as separate parts. Our work is focused on finding and treating the underlying causes and not just fighting the symptoms.

Stephen Malone, BSc. Kin, DC, graduated as a Kinesiologist from the University of Saskatchewan and from the Canadian Memorial Chiropractic College (CMCC) as a Doctor of Chiropractic. Dr. Malone has experience and interest in fitness, functional performance improvement, adventure outdoor sports and sports rehabilitation.

Career
Chiropractor in the hospital of Mahalapye in Botswana and in the Netherlands at Embody Health. Dr. Malone regularly attends seminars and refresher courses because he wants to continue learning all his life.

Professional achievements
Cycled during a tour of more than 62 days throughout Canada with the aim of promoting the health of youth groups. Was selected to represent Canada at World Spine Care in Botswana as the Chiropractor in the hospital. 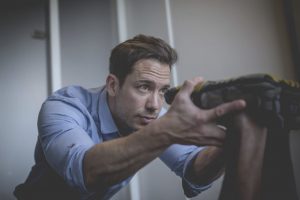 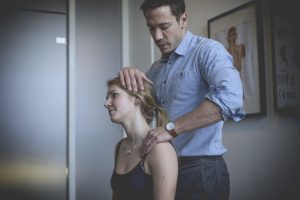 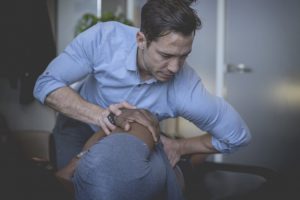 Why I became a chiropractor

When I was 13, my father suffered an acute hernia when he bent over to grab something. He was rushed to the hospital where he was only offered morphine and other painkillers, which did not provide pain relief. The hospital then sent a chiropractor to my father. He was the only one who could give him some relief after 12 hours of unbearable pain.

The chiropractor explained why this had happened to my fit, healthy father. The hernia was the result of uncorrected subluxations, blockages in the vertebrae.

My father didn’t want anyone in his family to ever have to go through this and we all started chiropractic care.

A few years later I was injured with snowboarding on my pelvis and couldn’t walk. After 6 hours and a few x-rays later the hospital came to the conclusion that I could leave with some paracetamol, because no bones were broken.

Later that day I visited my chiropractor who explained my X-rays in terms I could understand. He gave me an adjustment, corrected the position of my pelvis and I felt a lot better. Not only because of the treatment, but also because he took the time to inform me and allay my concerns about why I was unable to walk.

I was enormously impressed by how personal and sincere his advice was to me. As I left the practice I felt in good hands and in the presence of someone who really cared about my well-being. I realized that this is the impact I want to have on someone else’s life and from that day on changed my future path to become a chiropractor.